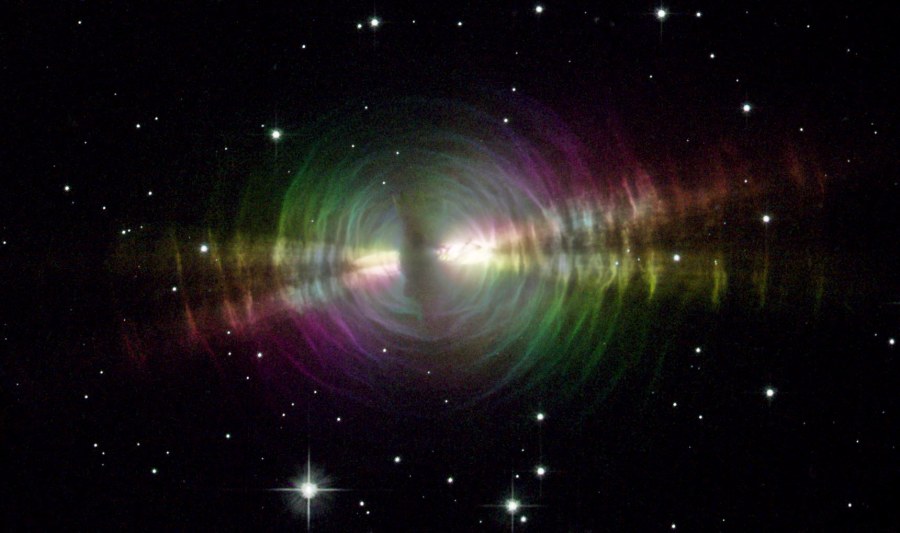 Anderson Faery (sometimes spelled “Feri”) is an American form of witchcraft that traces its lineage to Victor and Cora Anderson. Influenced by a variety of indigenous folk magical traditions, Faery witchcraft emphasizes bardic, shamanic, and ecstatic practices. Faery witches celebrate embodiment and human sexuality in all consensual forms, and Faery is often considered to be “queer”—not just because of its embrace of alternative sexualities, but because of its fundamental orientation toward Otherness and the uncanny.

The story of the Andersons’ brief courtship is a favorite for many Faery initiates. Cora and Victor met in 1944 while Cora was working at a shop in an army camp in Oregon. The two recognized each other from a previous meeting on the astral plane, and they were married three days later on May 3, 1944. Cora was 29 years old and Victor was 26. After their marriage, Victor initiated Cora and they devoted themselves to the worship of the Goddess and her consort.

In 1948, the Andersons and their son moved to California, where they were able to become more open with their religious beliefs. Around 1959, the Andersons’ son brought home a school friend named Tom Delong, who would eventually become known as Gwydion Pendderwen, one of the Andersons’ most influential initiates. Gwydion was instrumental in helping the Andersons publish Victor’s first book of poetry, Thorns of the Blood Rose, in 1970—a project to which Cora devoted her life’s savings. The book sold well, and Victor began to be known in the Bay Area counterculture community. Gwydion lent his passion for Welsh mythology to the Andersons’ practice. He contributed a great deal of original liturgy to the infant Craft tradition, and suggested the name “Fairy” to Victor. During the 1970s and 1980s, their practice was known by that name under several spellings, including “Faery,” “Faerie,” and “Faeri.”

Victor taught each student differently, according to what he felt they needed, and often according to the student’s ethnic background. This diversity has survived in the Andersons’ lineage: individual practitioners often have surprisingly different beliefs and practices, although a few core practices and pieces of liturgy are widely shared. Victor resisted being called the “founder” of the tradition, preferring to consider himself the Grandmaster of an existing faith. In the 1990s, he adopted the spelling “Feri” to help differentiate the tradition from others using the word “Faery.” The root FER- evokes both “ferrous” (as in the iron found in the human body) and “feral,” meaning primal or wild.

In 1996, when asked during a talk at Pantheacon about the relationship of Anderson Feri to R.J. Stewart’s folkloric Faery practice, Victor declared the two to be the same tradition, just with differences in culture and language. This universalizing tendency can also be seen in Victor’s claim that Faery witchcraft is “the religion of the Stone Age,” perhaps reflecting a belief that all indigenous traditions have a common root.

Unlike many of the well-known magickal innovators of the twentieth century, the Andersons were not born into economic privilege. Their young adulthood was lived during the struggles of the Depression and World War II, and both experienced the death of close loved ones during childhood. As a young married couple, they experienced profound poverty and even, at times, hunger. Victor lived with disability (legal blindness), and as a young person, he sometimes experienced harassment because of it. These experiences no doubt influenced their attitudes toward minority groups. Victor proudly declared himself to be the descendant of Africans, as well as of the Picts, Hawaiians, Native Americans, and more—racial minorities who lacked power in American culture and were often discriminated against—and he did so long before the New Age movement made it fashionable to practice Native American or indigenous spirituality.

Victor and Cora also affirmed the sexuality of their gay, lesbian, and bisexual students. Unlike in British Wicca, where gender polarity and heterosexual fertility magick are centerpieces, the Andersons downplayed the centrality of polarity. They told a creation myth featuring a Goddess who contains all genders within her, and who gives birth to the universe by making love with herself. Sexuality, in the Andersons’ theology, is holy, and life force is inherently erotic. The Andersons also wove together distinctively New World and American religious traditions in their practice, drawing on Afro-Caribbean traditions as they were practiced in the US, Hawaiian-inspired Huna, Appalachian folk magick, and much more. In the mid-twentieth century, it was popular to speak of the United States as a melting pot into which immigrants from many nations were being assimilated and made into ‘Americans.’ The Andersons drew their religion from many cultures, but significantly, they continued to acknowledge the sources of their borrowings rather than stripping them of their cultural context. Additionally, the two created new material to weave their diverse sources into a coherent whole.

Victor passed on in 2001, and Cora in 2008. In 2011, long-standing tensions among initiates of the tradition came to a head. A group of initiates formally split off, citing ethical concerns, incompatibility in teaching methods, conflicts over the commodification of practices and lore, and other deeply felt philosophical differences. Through a consensus process, the group produced a statement of core principles (reproduced on this site). Additionally, they re-adopted the older spelling of “Faery” to distance themselves from the perceived commercialization and branding of the word “Feri.”

This website features the voices and views of Anderson Faery initiates who embrace these core principles.